The Spirit Untamed campaign reached more than 420,000 people across a collection of Bloxbiz's Roblox game partners. People who saw the ads were 27% more likely to watch the film and 33% more likely to recommend the film to a friend. 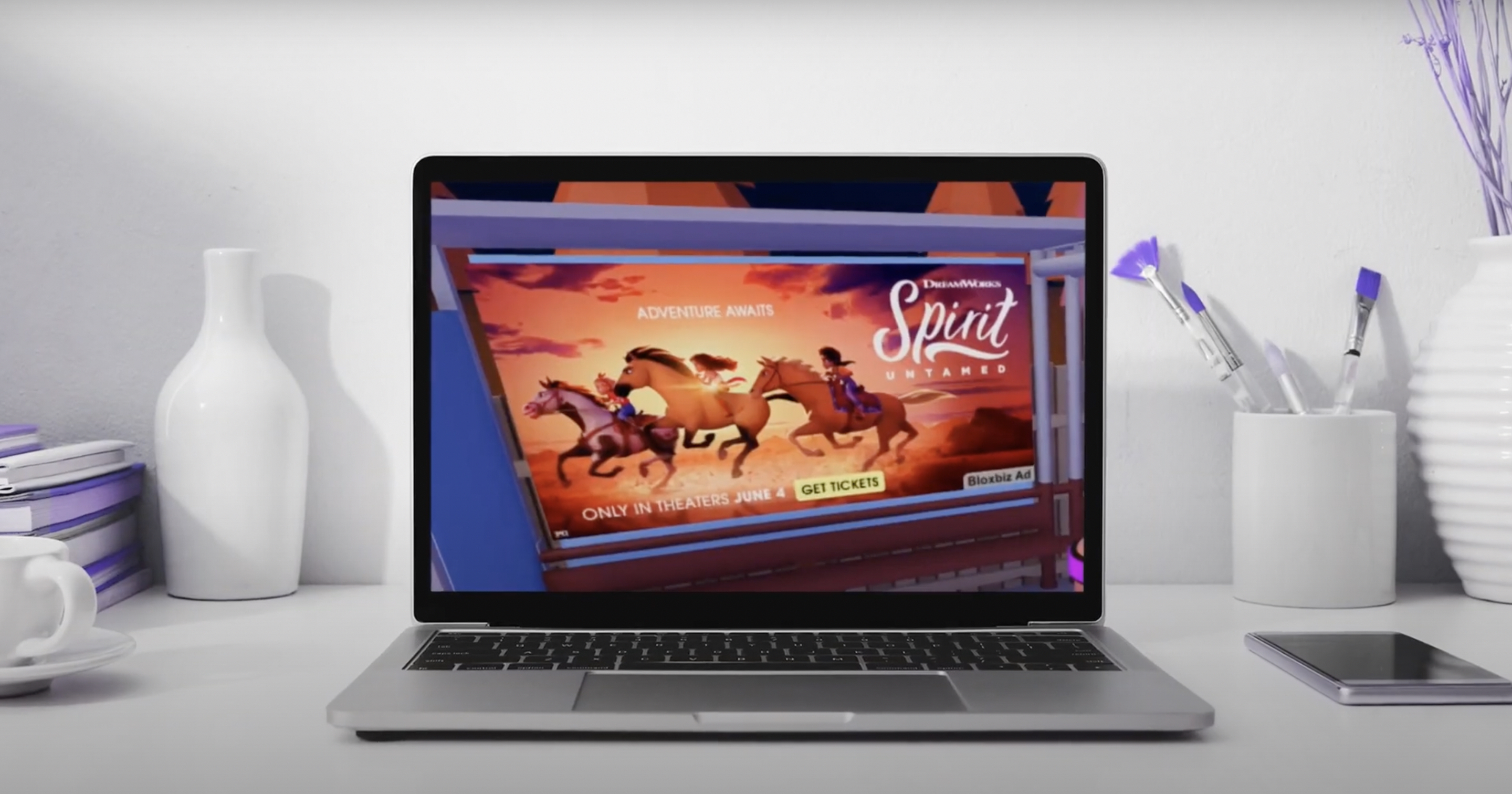 Universal Pictures ran an awareness campaign with Bloxbiz to promote the release of DreamWorks' Spirit Untamed.

Spirit Untamed is a film about a young girl's fearless adventures after befriending a horse. With Bloxbiz, Universal Pictures advertised the film to players in the US in a segment of games that skewed towards under 13 year olds in the few weeks leading up to the release.

Ads were dynamically served to in-game ad units across a collection of Bloxbiz's game partners. The ads look like billboards, posters, and signs that fit natively into game environments – much like out-of-home advertising, but in the virtual worlds of Roblox games.

The Spirit Untamed campaign reached more than 420,000 people in under 3 weeks and people had more than 9,700 hours of exposure time (that's more than a year!).

Overall, the campaign was a success and hit its goals. Learn more about Spirit Untamed and watch it in theaters by visiting their website.

Thank you! Your submission has been received!
Oops! Something went wrong while submitting the form.

Super Biz is not affiliated with the Roblox Corporation